Bringing up Boys - The Art of Being Ill

The art of being ill is hard one.


I have been ill enough to be off school for three days and have missed my spelling test, piano lesson and double English
Have a happy illness
Bog Boy
(Aged nearly nine)


*Top Tip: Show a great deal of reluctance to eat this or indeed any treat as you are sure to get  another to tempt your appetite back

Email ThisBlogThis!Share to TwitterShare to FacebookShare to Pinterest
Labels: being ill, being off school, being sick, Bog Boy, Bringing up boys, Calpol, Parenting, The art of being ill, throwing up

It's been twelve years - twelve years today to be exact.
The ultimate Mother's day.
I remember vividly what I was doing at this exact time all those years ago.
Feeling completely and utterly lost.
I had had a long birth - three days and after an emergency cesarean and all the excitement of  finally holding my baby boy, introducing him to the rest of the family, I was suddenly left alone.
I stared out into the far night from the third floor hospital window searching down onto the car park, trying to make out where my husband and Mum were, desperately wanting them come back and not leave me alone in this place. I wanted to go home now.
My brain was not functioning and thinking about what had happened was far beyond me.
My baby boy was not even in the room to remind me of my very changed circumstances; he was in the nursery under the watchful gaze of the midwives so that I could get some rest.
But I couldn't rest.
And I couldn't stop the tears from falling either.
I was just too exhausted.
I wanted my mum.
It didn't occur to me at all that I was a mum as well.
I went from being me to being more than just me, but my brain took a while to adjust.
(It still does from time to time.)
It was sometime early in the morning the following day (though to be honest all the days and nights had melded together and I had no idea 'when' anything was) that The Boy was wheeled into me for a feed. I can't say my heart leapt.
I was mildly curious.
I think I was also disappointed.
I expected there to be this sudden rush of love at the mere sight of him and this magical transference of knowledge allowing me to know what it was I was expected to be doing - no such luck in either case.
I think I panicked a bit about that, then dismissed this mother love thing that everyone had ranted on about as just tosh. I had felt no rushing feeling of love when I saw him. I was just devoid of anything.
However, that is not something you should admit to, so I didn't. I made what I thought were all the right noises. I did as I was told. I smiled and held him as directed. But I felt untouched by his presence.
However, my curiosity grew in spite of myself, my tentativeness with him lessened as he lay in my arms heavy with sleep.
I relaxed.
He was small and wrinkly and really rather skinny and long and sort of squashed looking. His skin was loose but so soft. His shock of dark hair surprising and he smelled good.
He was so real.
I lay that night in my bed with him just resting beside me. In utter silence; and I just watched. I didn't talk to him. I just lay there curiously assessing him.
You see there is this thing called mother love, it is very real but it can as easily take you unawares as much as it rushes straight at you.
For me it was all unawares
The slow burn of passion had started, I just didn't know it.
It grew on me.
Entwined itself about my heart.
Indelibly stained my whole life.
I was a mum and nothing in the whole of my life would ever be the same again...

The Wickedest Whippet returns: the case of the wandering walnuts and other bits of thievery.

Life has been uncomfortable of late - literally.
I seem to have a walnut problem - in that walnut shells are to be found all over the house. Squirrelled away in corners, under cushions, on chairs, under chairs and sometimes even blatantly on the carpets; basically wherever I go barefoot I usually land up hopping about in absolute agony.
It's worse than Lego - believe me!
And it's getting downright dangerous.
I love walnuts, so we have a lot of them in the house - especially at Christmastime. I pile them in a big round basket available to anyone in passing. I say anyone, I actually need to be specific here.
Anyone that is HUMAN.
I am not fond of anything other than humans eating walnuts - I don't like the idea of mice, rats or even squirrels having free rein inside my home; so you can imagine my consternation when I started to find the shells all over the place.
It started fairly innocuously, the odd shell here, the bit of husk there; so I moved the basket on top of the display cabinet by the stairs to be out of reach of small human hands - suspecting that the prime culprits were the boys.
But the shells kept appearing and then it started to get worse. I'd clear  it all up and then the next day there would be even more shells all over the place.
I got the rat man in...
But.
There were no rats.
I put mice traps down (and only managed to catch one in the drinks cupboard - but that's another story).
I double checked all the windows to see it it were squirrels coming int o the house, I religiously patrolled the outside of the house for rat activity and spent hours just listening at the dead of night just in case I could hear the fiends.
I even began to worry if it were me - eating walnuts in my sleep.
So I decided to lay a trap using my old camera.
And this is what I found..... 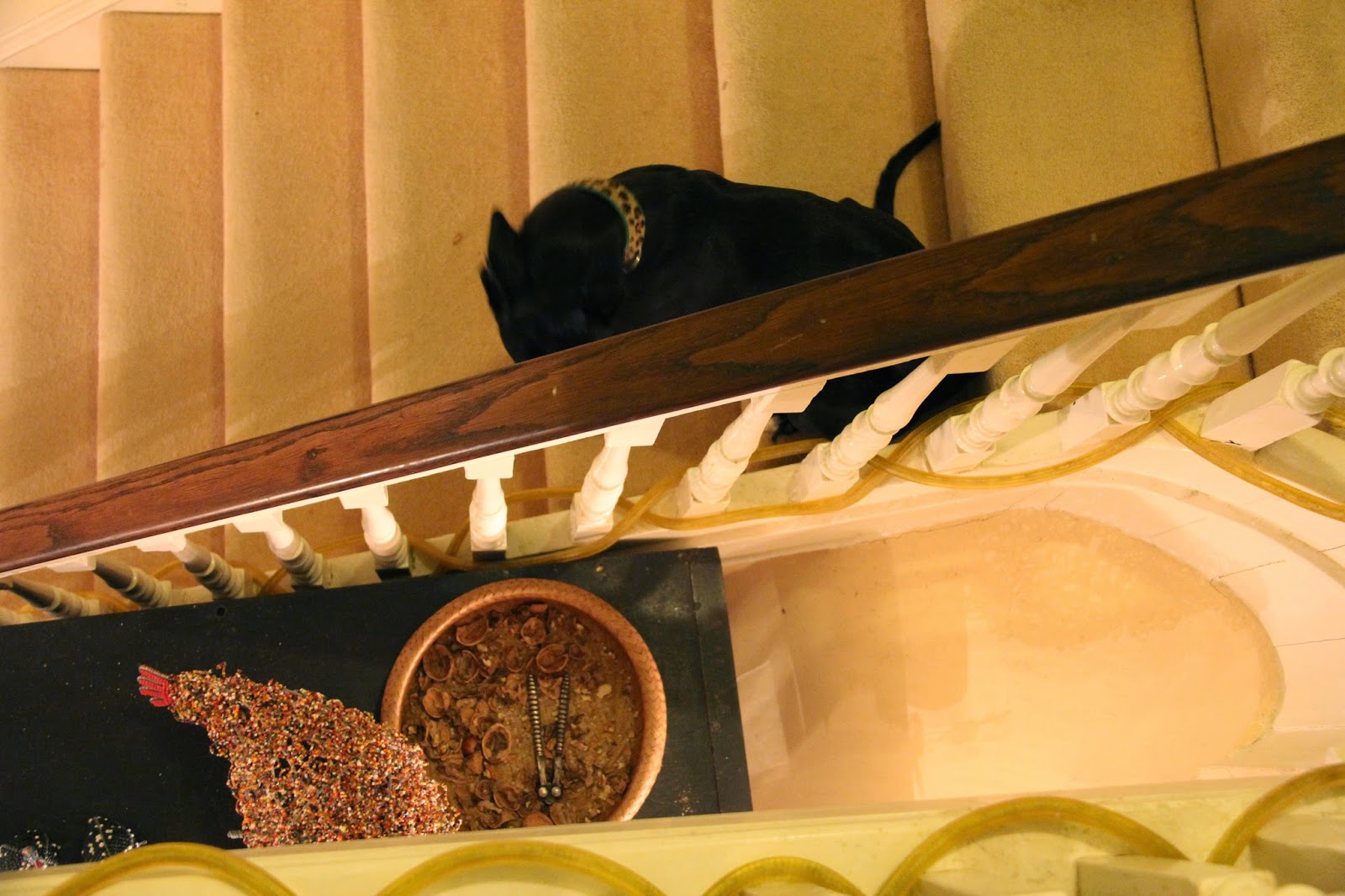 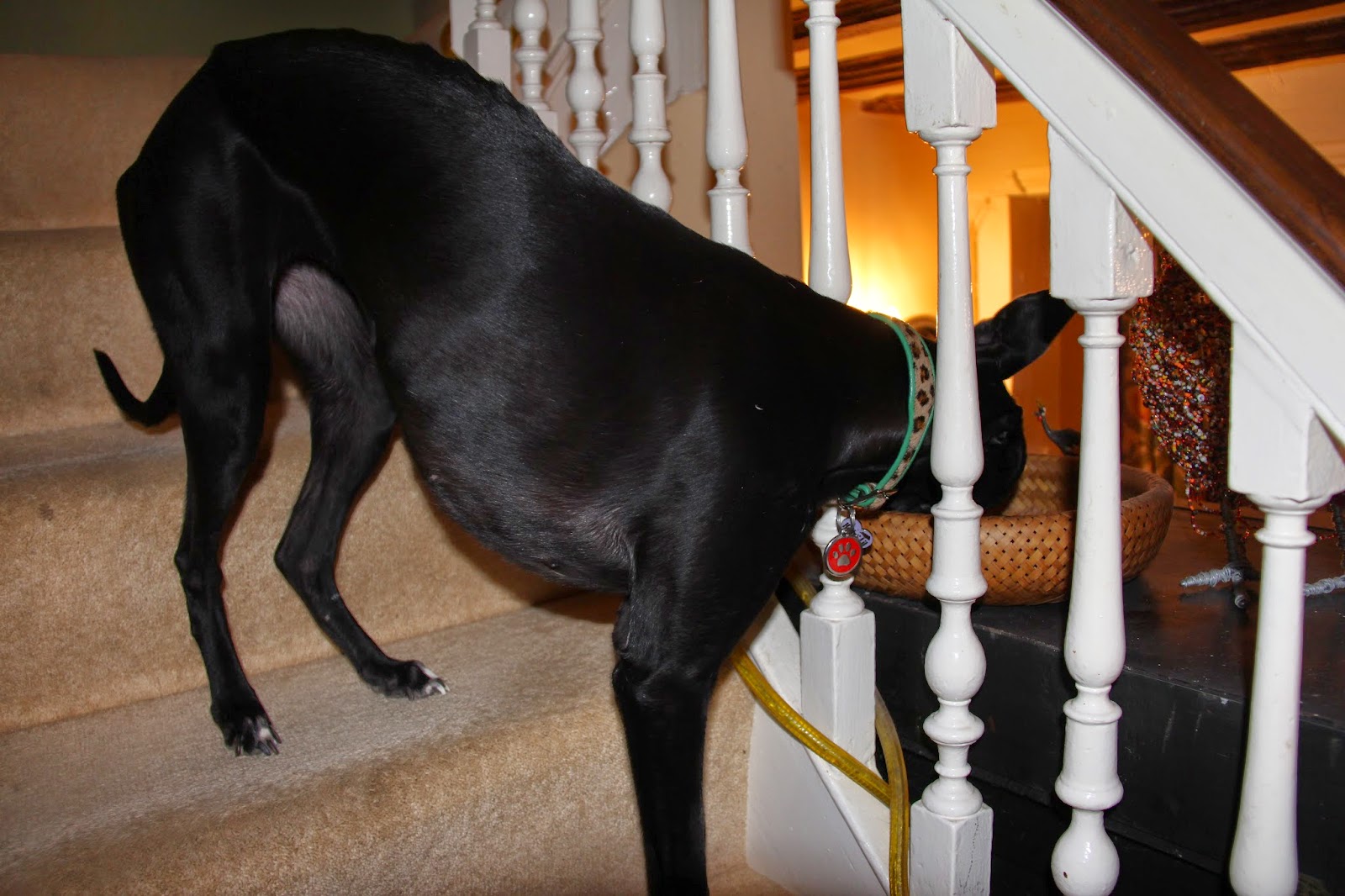 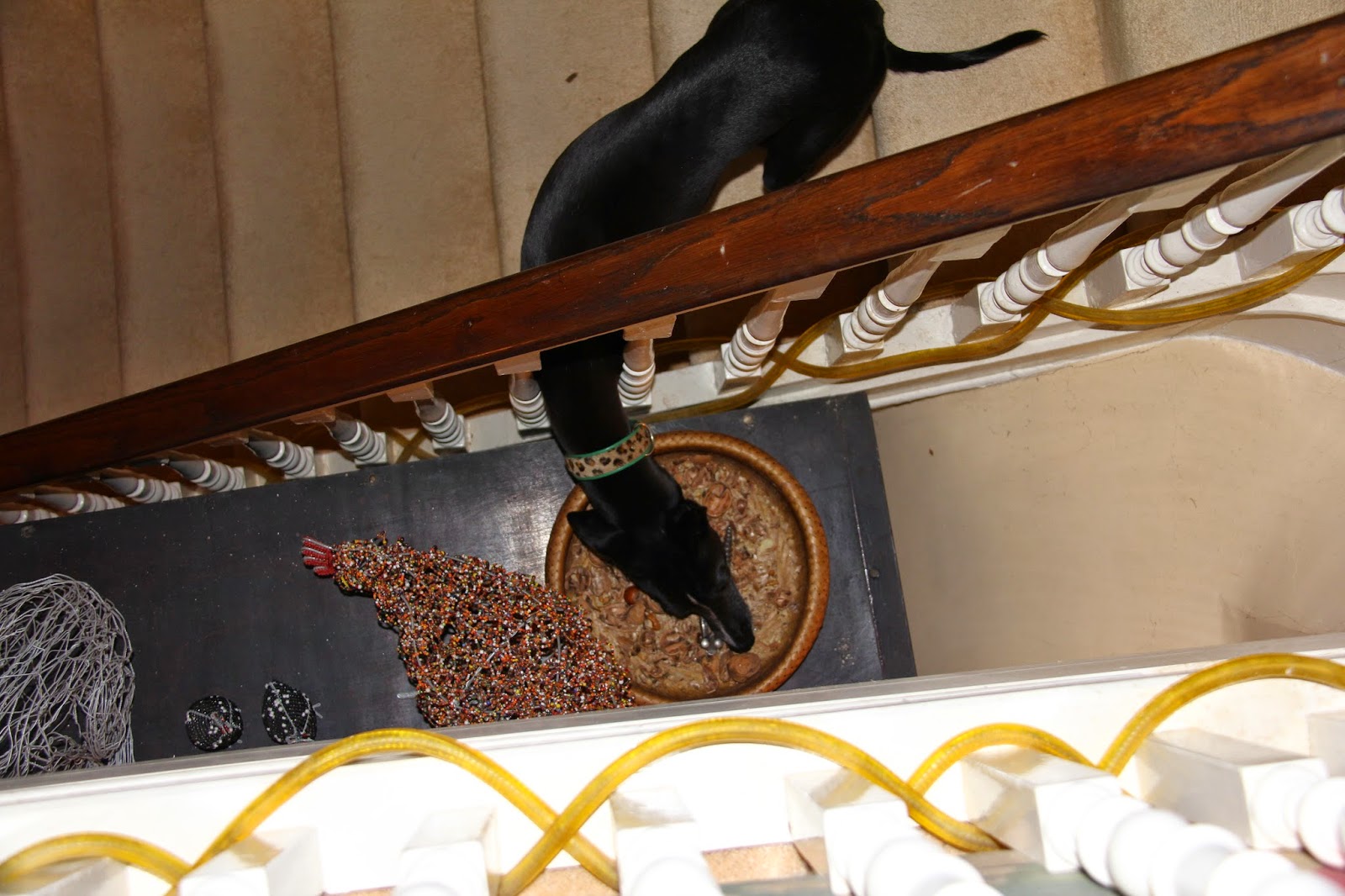 The Wickedest Whippet returns...!!!
Posted by Tattieweasle at 21:12 7 comments:

Are you there Mojo?

Are you there Mojo?
Have I got it back?
It's been nearly two years now since I started to lose it and for the past year I almost totally forgot that it ever existed.
I only blogged twice.
In a whole year!
Of course I didn't quite have total writer's block, I still wrote.
But not for fun.
Not just free writing for the hell of it.
Why did it happen?
Still not quite sure.
Did I just get bored? I don't think so; I just couldn't write. All these words and images and sentences got stuck in my head and they couldn't or wouldn't come out. The just repeated themselves over and over and became like sticky mud that I couldn't wade through. I attempted to write - I hate attempting anything. I wanted to do!
I tried so hard but then it all fell apart - a bit like me.
The harder I tried, the more ridiculous the words sounded as they splashed on the page.

They didn't make much sense and then I got angry and frustrated and I thought:

Give it a break.

And we shall talk horses....